Coyote pups in the woods! 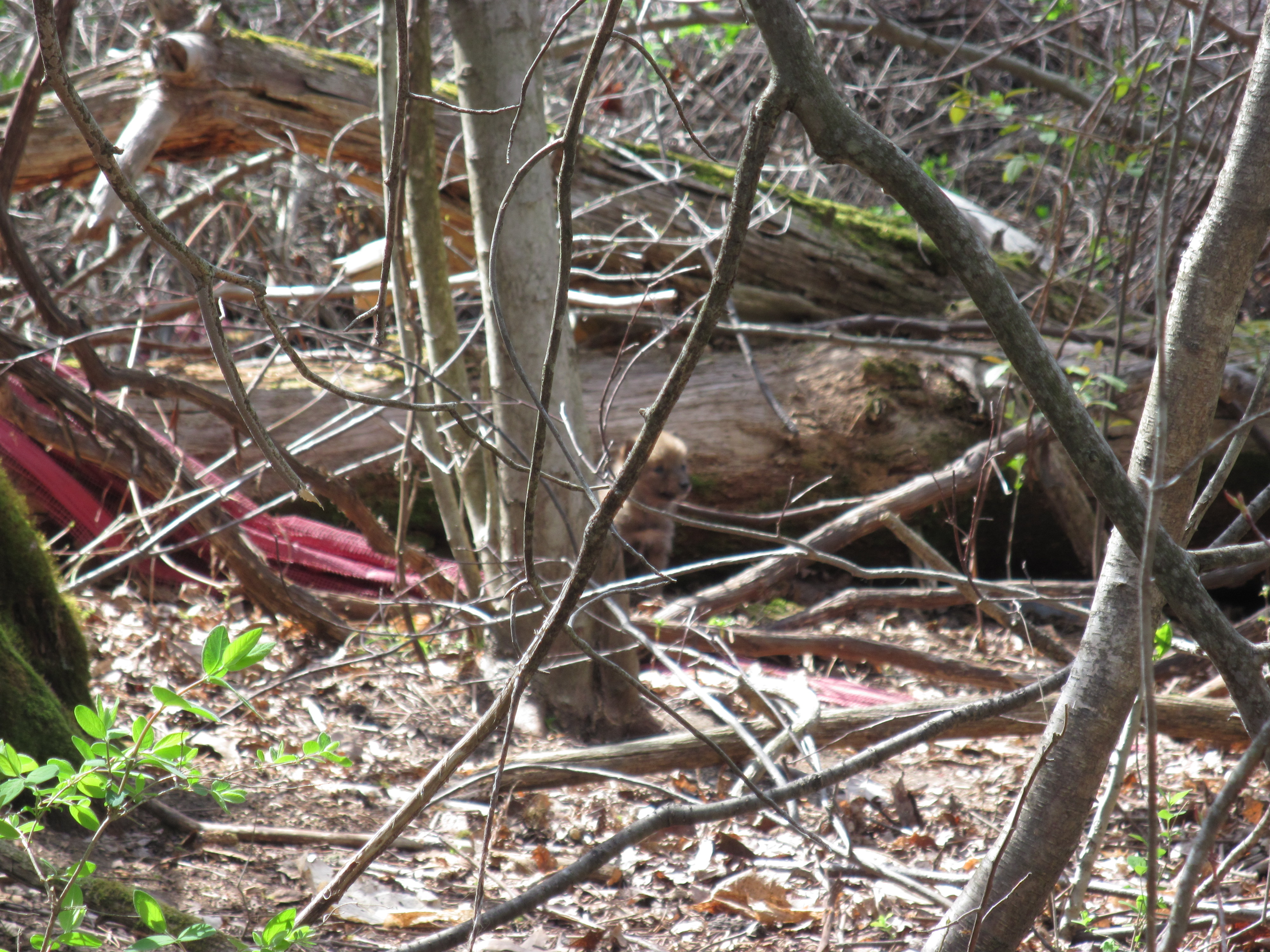 Look closely at the photo Molly Hale, Wildlife Biologist at Conservation Works in Northhampton MA sent me of a coyote pup. She came across a den site and wrote this, “There were at least three and the others were scuttled off by mama before I could get my camera out. But this one was a little behind the curve, or maybe had been sleeping, so didn’t go off with the others. They were so cute–still wobbly on the feet, little tails about 6″ long with only short fuzzy hair. I’m thinking coyote rather than fox now because they were under a log, not in a burrow, and because of the lack of black on the front legs.
They were at the edge of an acre-size impenetrable shrub/vine tangle–just the kind of place people would never go!”